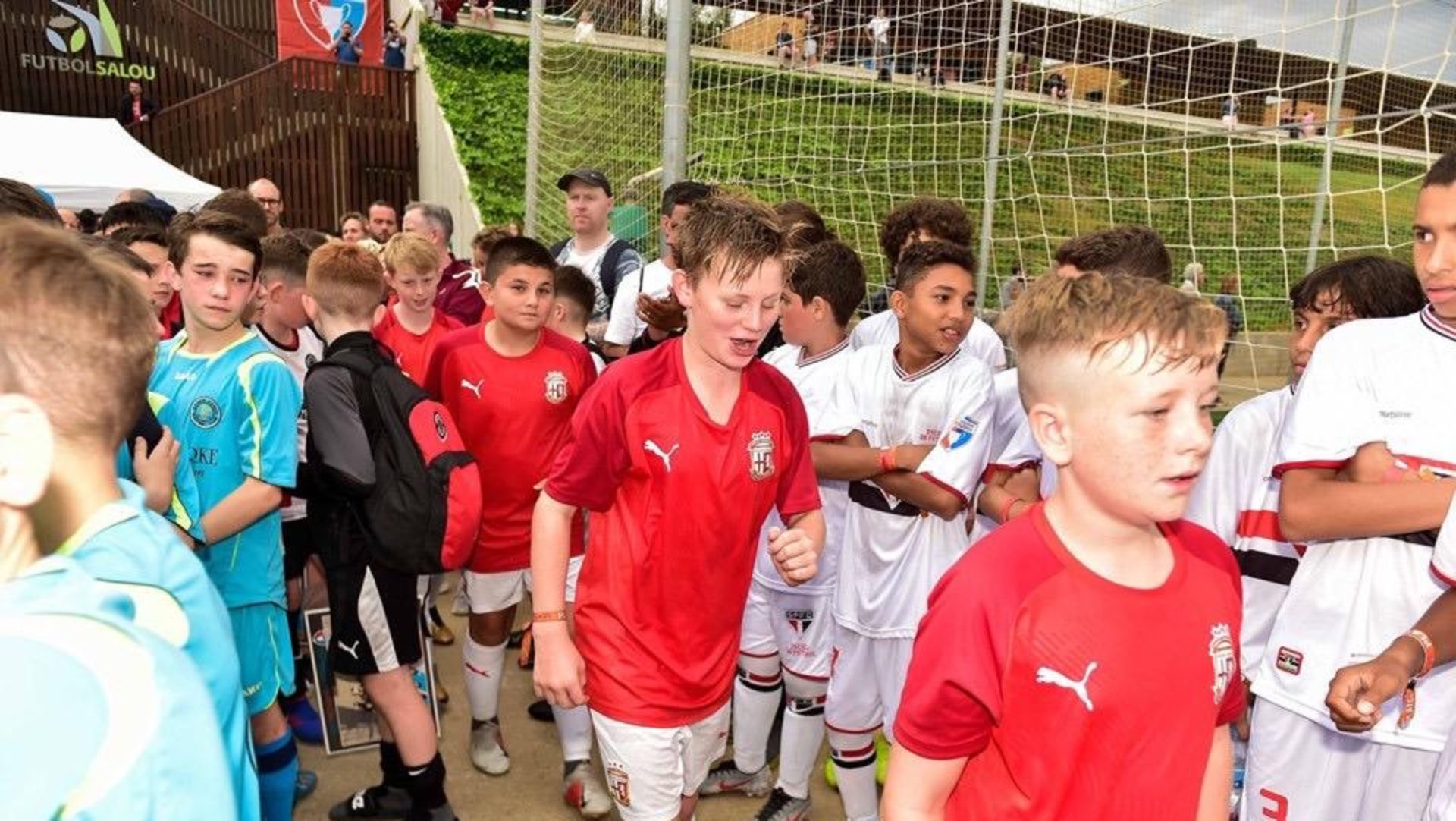 Richard was a youth player with Middlesbrough, Sunderland and eventually completed a Scholarship with Scarborough FC when they were part of the football league. Rich also had brief spells with Nottingham Forest, Darlington and Harrogate Town.

Rich completed his FA coaching certificate whilst playing for Scarborough in 1998.
Rich has a love of the game which started when he was just seven, his father took him to his first game at Ayresome Park, he held a season ticket when Middlesbrough FC moved to the riverside stadium in 1995. The coach credits these early experiences as invaluable for shaping his future football philosophy. Seeing Juninho, Emerson and Ravanelli made him dream of playing football professionally, like so many boys the dream did not come true.
Richard feels that he can pass on his experiences of football and help the players of tomorrow achieve their dreams.”I believe that with the correct coaching and mentoring at the foundation stage we can produce players that can be successful, achieving the success will ultimately come down to the individual but we can give them all of the tools they need. Success is measured differently for everyone, some call success being a professional footballer, some say success is getting into the school team, whichever it is we are here to help.
Parents often ask me what can my child do to improve? The answer is pretty simple, children must first of all learn to master the ball, the boys and girls must become an excellent individual player. To do this the child must feel intrinsically motivated to practice, if a child is forced to do something the chances are they will not enjoy their experience and will not succeed long term.
We get the kids for maybe an hour or ninety minutes per week, it’s what they do when they go home which will make the real difference. We like our players to play with no fear, try new things and don’t be afraid to make a mistake.

Gav has 15 years coaching experience. Starting with Darlington Centre of excellence, Darlington college 12 years and at present working at Middlesbrough Academy (6th season). Gav started coaching with NYSA in 2018 and is valuable member of the team. Gav spends his spare time watching his Daughter at Gymnastics or in the garden with his young son kicking a ball around!

Robbo started coaching with NYSA in 2017. Mark is a very likeable, energetic coach with bags of professional experience having played for Stockport County, York City, Hartlepool and Hereford. You can find Robbo playing at KGV for Guisborough Town when he’s not chasing sunsets with his two sons and wife Emma.

Wardy was another player who spent time at Middlesbrough FC back in the mid to late 90’s. Wardy left the UK to pursue a career in Singapore being voted young player of the year in 1998. Wardy returned home soon after and played for Gateshead, Marske, Guisborough before retiring to focus on coaching and family. When he’s not coaching you can find him out of bounds rummaging for his golf ball at Hunley Hall, Wardy has two great athletes in daughter Alexis and son Theo who obviously get their genes from their Mother! Wardy claims to be NYSA most successful coach Having won the Barcelona Cup with his 2010 side in 2019!

Becks is NYSA Goalkeeper coach! Becks has loads of experience both coaching and playing. Becks played for Middlesbrough ladies from the age of 10 right through to 17. Becks represented the county at U16 level, Becks was also Middlesbrough ladies first team keeper for 5 years. Having coached in Grassroots and Girls RTC Becks has loads of exeperience coaching. Becks is a full time PE teacher and she is one of the most genuine and likeable teachers  you are likely to meet! Becks still pulls on the gloves for Hartlepool Ladies when she’s not clocking up the miles on her Road bike with her friends!

There has been a problem with your Instagram Feed.
Error: No posts found.